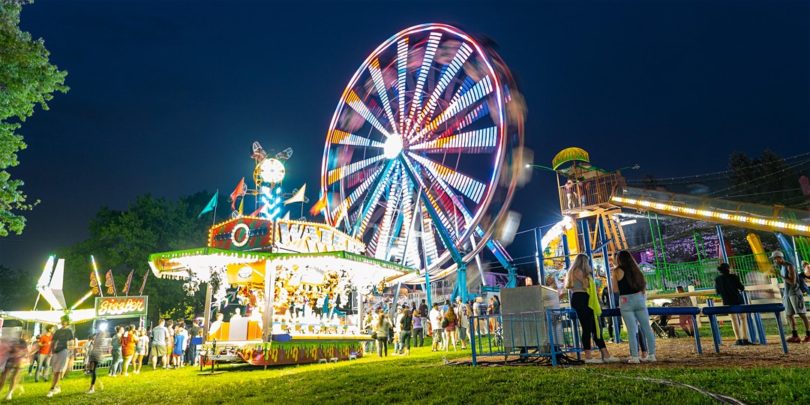 Phoenixville, PA — The annual Phoenixville Dogwood Festival & Parade has grown from a one-day event to a multi-day event attracting 100,000 visitors and is now Chester County’s second-largest parade, attracting more than 10,000 people each year.

The yearly festival comprises three parts: the Dogwood Pageant, the Dogwood Carnival, and the much anticipated Dogwood Parade, which traditionally falls on Armed Forces Day.

Dating back to May 1943, Phoenixville’s Annual Dogwood festival began when Retired Army Major General Edward C. Shannon dedicated a dogwood tree in Reeves Park. The tree was a memorial to the men and women of the Armed Forces, many of whom died in active service during World War II.

The first parade had an attendance of approximately 7,500 visitors who joined Phoenixville’s Mayor, Arthur H. Tompkins, who served as the grand marshal. There were numerous distinguished guests including, General Shannon and Col. Henry Beeuwkes, who was the first commander of the newly opened Valley Forge General Hospital on the edge of town. Regina Glowacki was elected the first Dogwood Queen by her fellow students through the sale of War Bonds and War Stamps, which netted a total of $8,154.85.

The parade featured floats from very prominent local organizations including The Rotary Club from Phoenixville which had a horse-drawn float with a large Rotary wheel with the edges of the float surrounded by flags of the United Nations. The Junior Red Cross had a large float adorned with greens and a large “bottle” of blood with the words “That They May Live” and manned by blood donors. And, under the direction of Walter Sample, the Phoenixville High School Band provided marching music for the soldiers marching from the Valley Forge General Hospital.