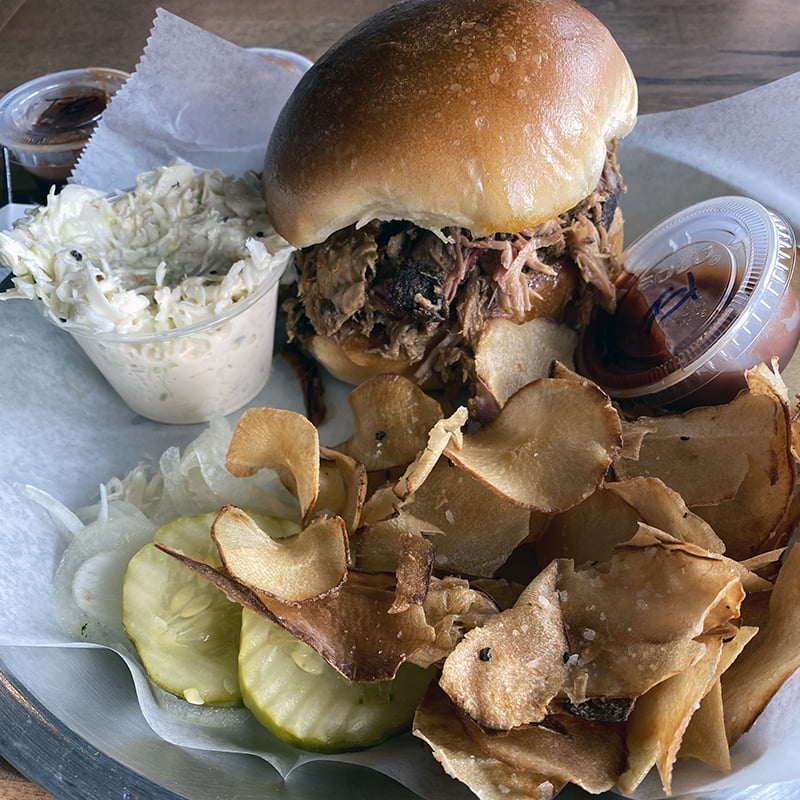 If you are craving BBQ in Pennsylvania, there is only one place to go. Uncle B’s BBQ features authentic, southern-style BBQ that is going to make your mouth water! Like many others in town, we were fans of Uncle B’s even before it opened on the “southern side” of Phoenixville … and now, with its new location in one of Phoenixville’s original industrial structures, live music on Saturdays, and a collaboration with Root Down to offer exclusive beers and a seasonal outdoor Biergarten, we can see that it is poised to become a major feather in Phoenixville’s cap. 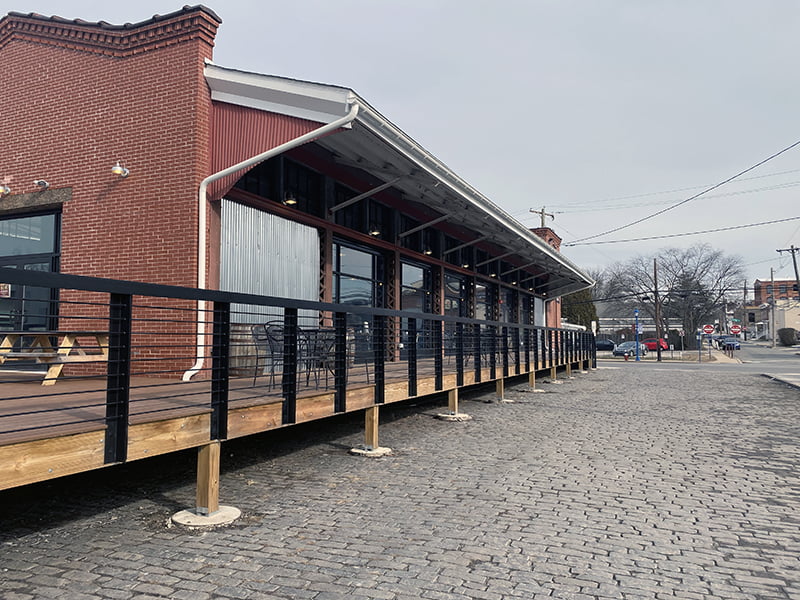 We stopped by for lunch today and were pleased to see that “B” (Brian) was on hand, stopping by his guests’ tables to chat and make sure that everyone was happy with their meal. Everyone was … and why wouldn’t they be? Everything is delicious!

Brian was born and bred in the deep south. He grew up in homestyle kitchens in Alabama on the banks of the Tennessee River, where he learned the fine art of smoking meat at a young age. 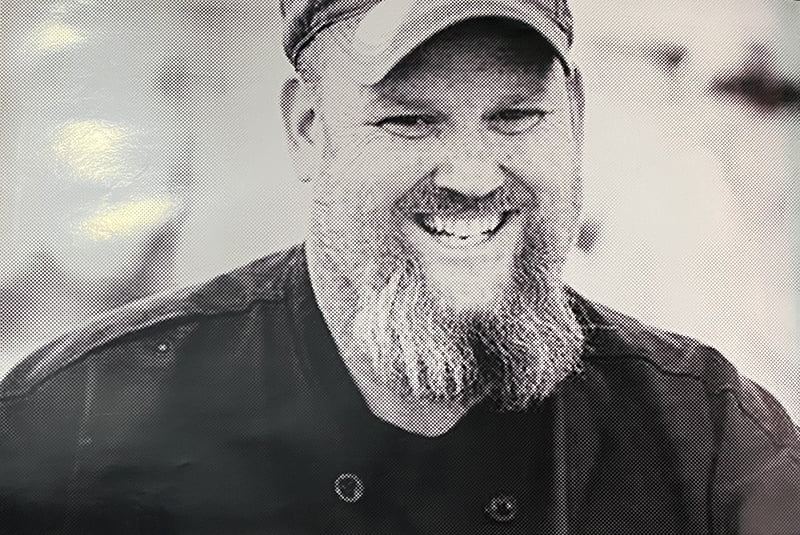 Brian, aka “Uncle B”

You may not realize it (and neither did I when I was there, or I would have ordered it!), but the northwestern region of Alabama is famous for its Alabama White Sauce. It’s said to be a “lip-smackin’ mixture of horseradish, mayo, pepper, citrus, and vinegar that kicks every dish up a notch!” … and you had better believe that I will be trying that next time. Of course, that brings us to The Big Question:

To Sauce or Not To Sauce?

Uncle B’s has chosen NOT to sauce. All of their meats are served UNsauced, but there are lots of Uncle B’s sauces to choose from so that you can definitely have your meat and eat it too.

This time, I chose Uncle B’s Firebird sauce (a tasty tribute to our much-loved town) for my BBQ Pulled Pork Sammich (oh yeah, it is a “sammich” … which is 10x better than a sandwich). The Firebird sauce definitely brings the flavor, but only a touch of heat, although that is fine with me because I don’t like things that are set-your-mouth-on-fire hot. The yucca chips are pretty tasty too, but of course, it is the MEAT and the BUN that are the stars of this show. It.Was.Real.Good. Like so good that I want another one for dinner. 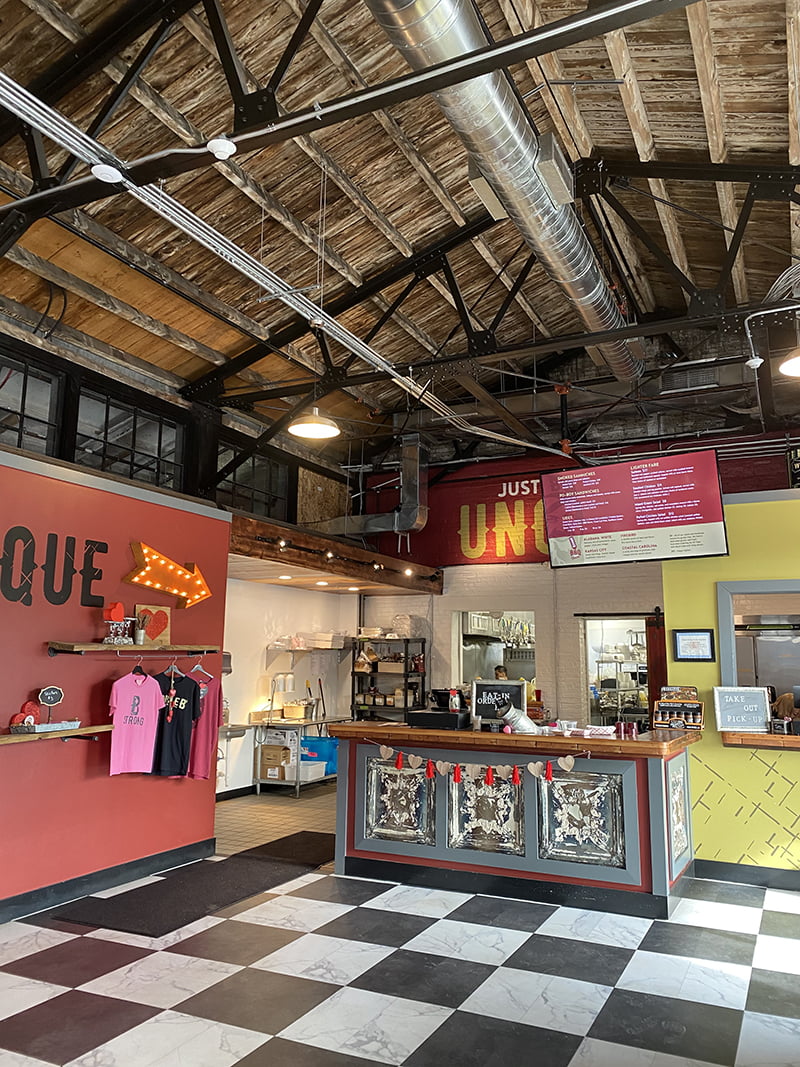 You can also order your meal “By Da Pound” … and that is what Chuck ordered. Rubbed with their house blend and smoked fresh daily, you can order pork, chicken, brisket, and jackfruit by the 1/4, 1/2, or 1 lb. with a choice of BBQ sauce on the side.

I would love to try everything on the menu and share my thoughts with you, but let’s be honest … I will probably just get the BBQ Pulled Pork Sammich every single time because it was just that good.

On the other hand, I will be trying “All Da Beer!”

Uncle B’s has partnered with Root Down Brewing Company who operates the bar inside the restaurant, offering beers brewed exclusively to pair with Uncle B’s menu. 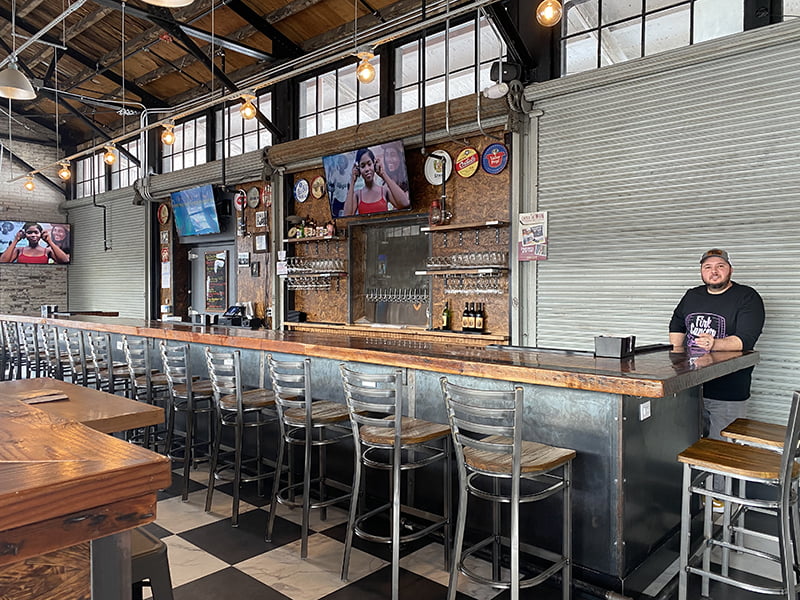 Mike, Owner of Root Down Brewing Company at Uncle B’s

Mike, the owner of Root Down, was behind the bar. I would have asked which one he recommended the most, but I am sure I will eventually try them all anyway. This time around, I went with “Money” … and it was on it for sure! Actually, it is called “Funny Money,” and it is a Hazy IPA (6.9% ABV). I liked it. 😀 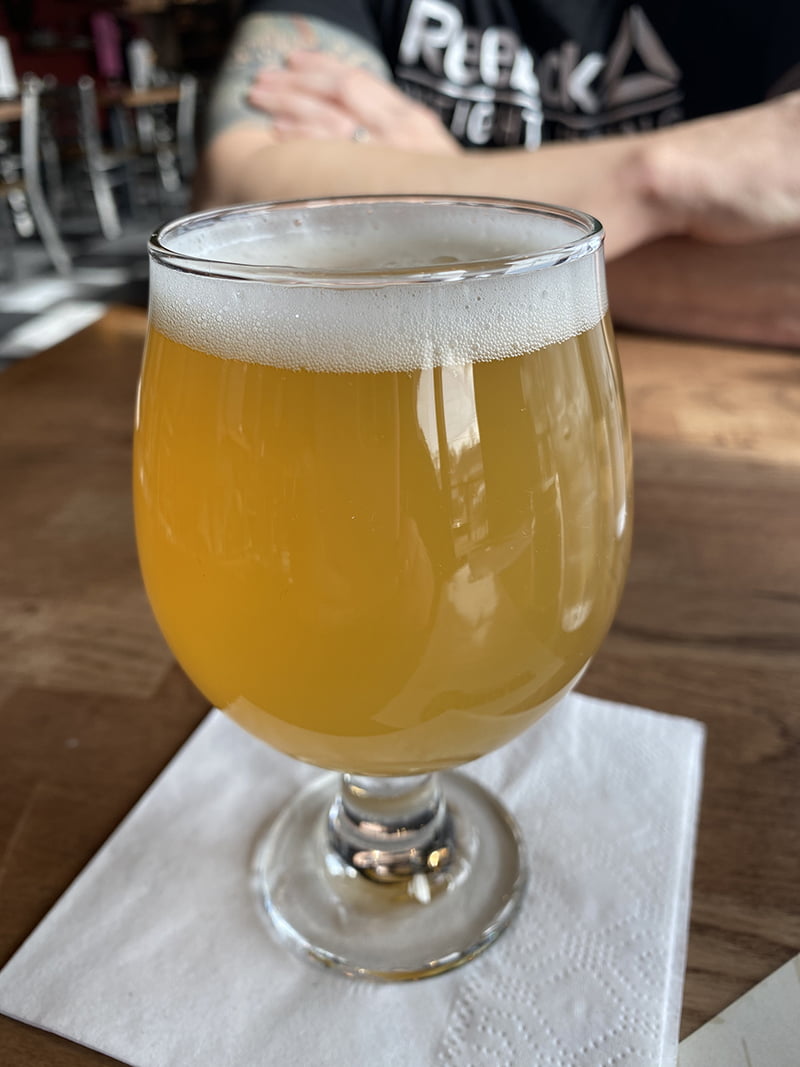 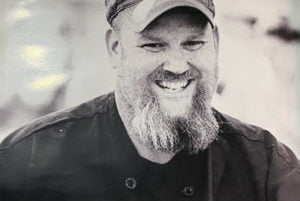 If you are craving BBQ in Pennsylvania, there is only one place to go. Uncle B’s BBQ features authentic, southern-style BBQ that is going to make your mouth water!

Chuck and Christine moved to Phoenixville in 2017 and consider themselves lucky to have discovered it. They plan to spend the rest of their lives here! 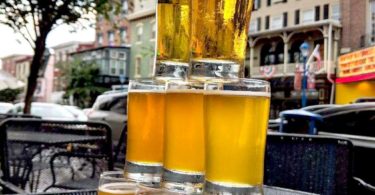 Rec Room by Conshohocken Brewing Company Right on Bridge Street, across from the Colonial Theater... 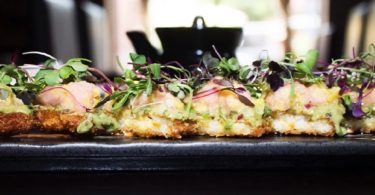 Chikara Sushi & Asian Fusion If you live in Phoenixville and love fresh sushi, you will likely... 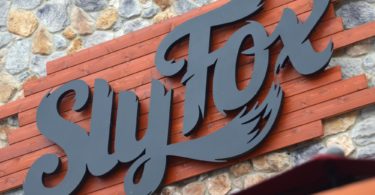 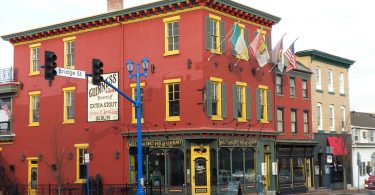 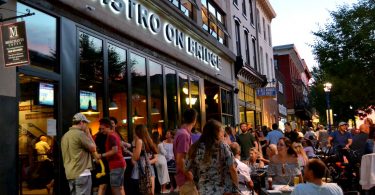