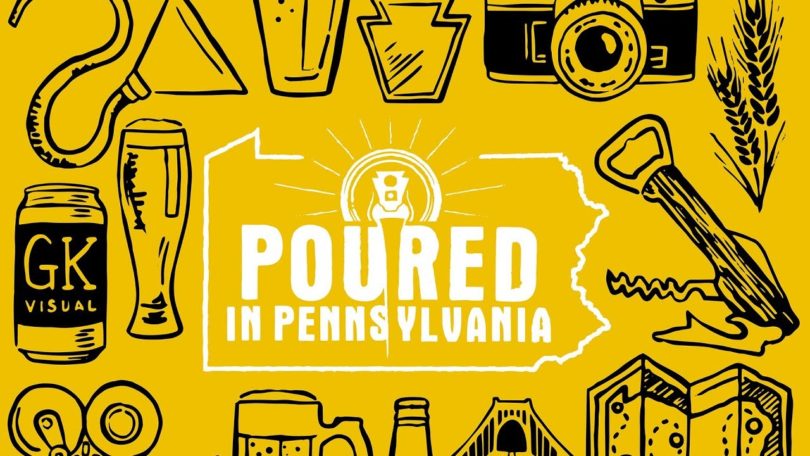 On Saturday, February 22, 2020, craft beer fanatics and nature-buffs met with the Schuylkill River Greenways organization at The Colonial Theatre in Phoenixville for a screening of Poured in PA, a documentary exploring Pennsylvania’s rich craft beer history and highlighting key players in the industry.

I’m really glad I was able to have a closer look at The Colonial Theater before Poured in PA began. The restored architecture, the new additions, and the original Wurlitzer Theatre Pipe Organ are definite highlights you have to come down and see for yourself. Watch a movie, have a look around – and yes, if you missed it earlier, they do sell good craft beer, I had a Dogfish Head 90 min IPA. 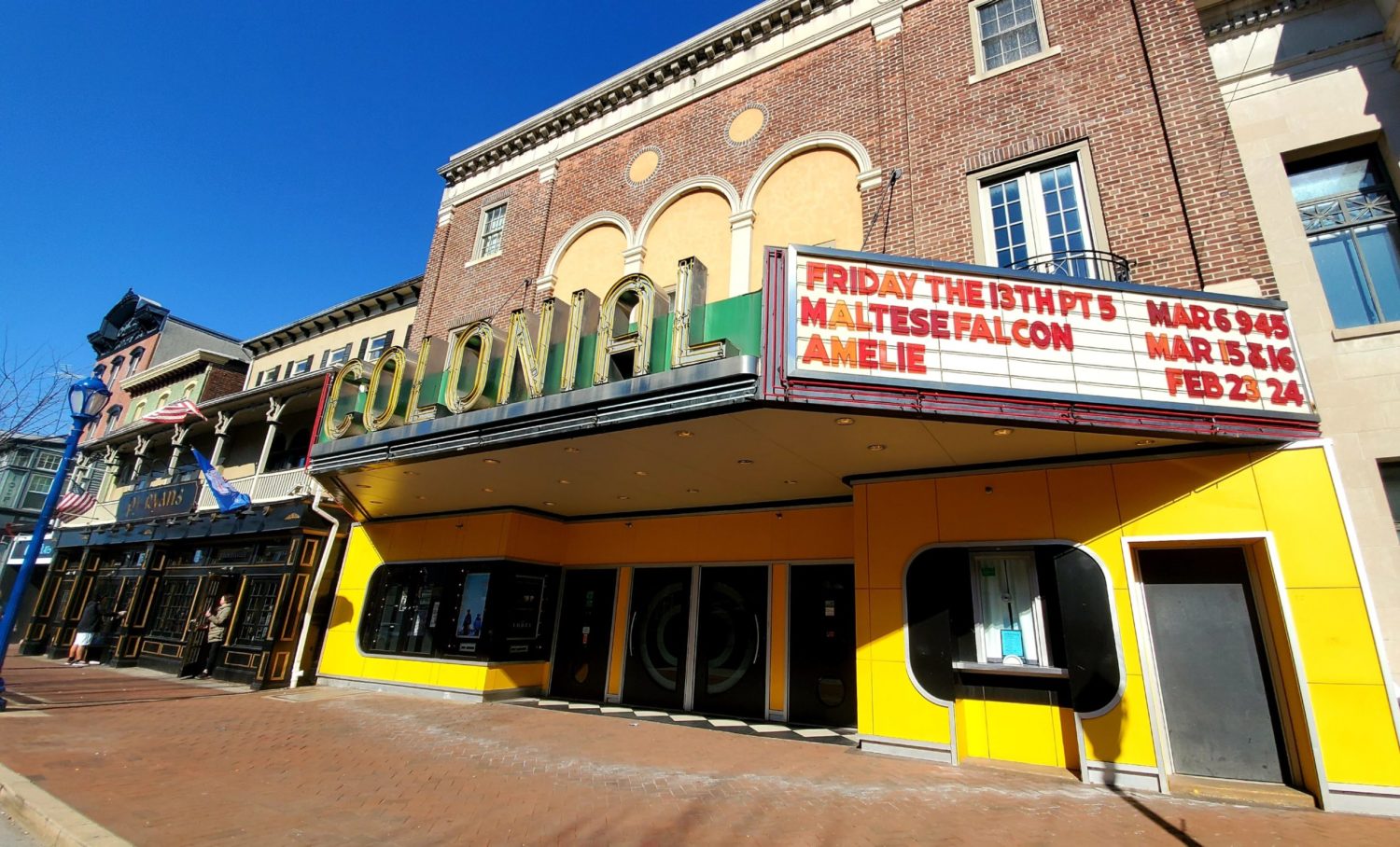 It really was a beautiful day, if a bit cold.

My favorite bits have to be learning about current events with the Harris Family Brewery, who are working to open the first black-owned brewery in Pennsylvania or learning more about the history of craft beer in PA with Carol Stoudt, the “Queen of Hops” who founded Stoudts Brewing Company in 1987. For nearly two decades, Carol was the only woman involved in the brewing, production, or sale of beer, let alone craft beer. She was a true pioneer, and with her constant focus on the local community, the brewery has continued to thrive to this day. 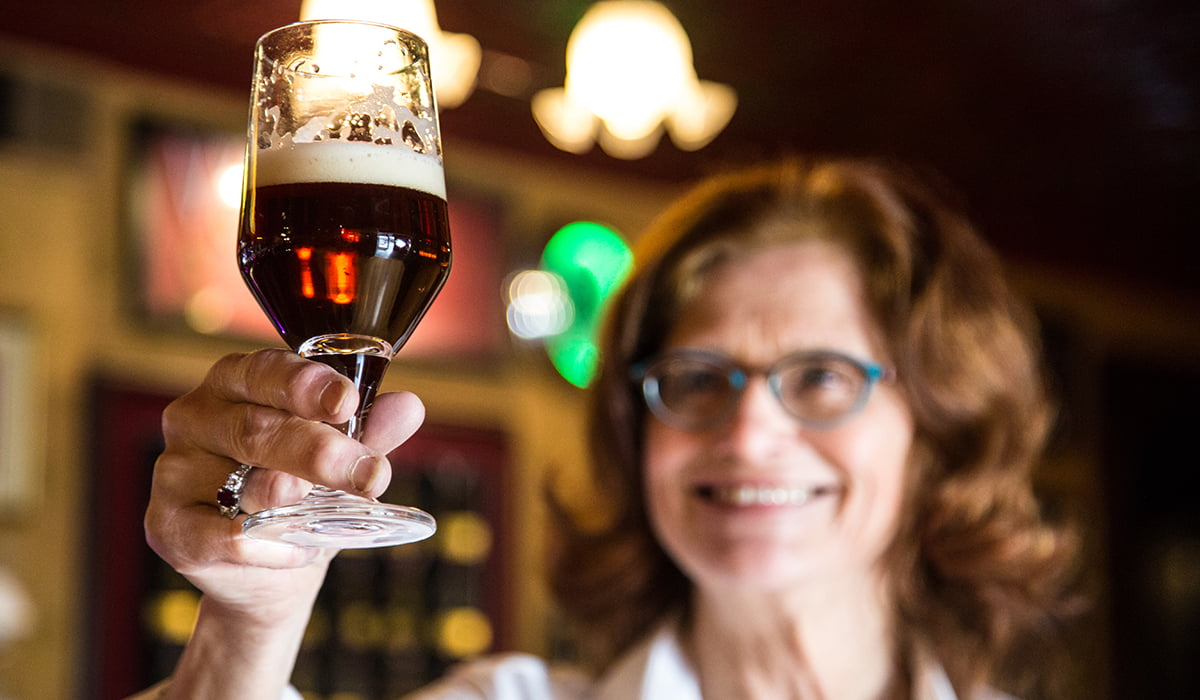 My only criticism of the Poured in PA documentary is that by the end of an hour it starts to get a bit repetitive, as they try to give everyone their screen time, but it was still a very enjoyable documentary overall. Had I taken another trip to the concessions for a second beer, I probably would have been more content – I think I was just excited for the upcoming beer tasting.

After the film, we all headed down to Root Down Brewing Company for a light lunch and beer tasting, as well as some more history from a local expert on Phoenixville and Root Down. The building, at 1 North Main Street next to Molly Maguire’s, dates back to 1910 when it was known as the Savoy Theater (one of three that called Phoenixville home roughly 100 years ago), later a Hires Root Beer production facility, then the headquarters for Superior Beverage Co., and now, a local award-winning brewery. 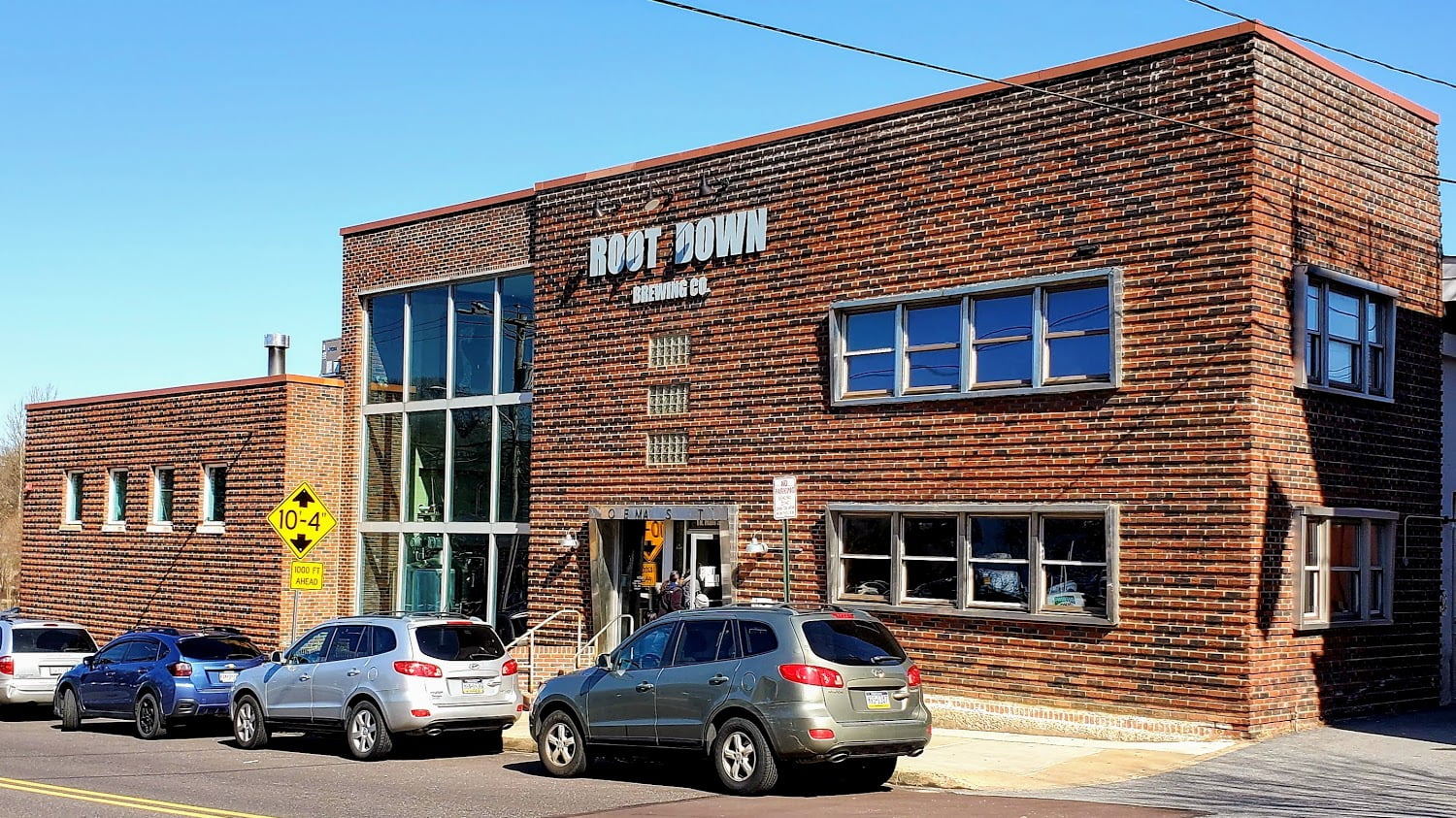 If you ask me, this was the main event.

Root Down has done a wonderful job of combining the natural historic features (exposed brick, high, restored ceilings, and even the original elevator from its Superior Beverage Co. days) with an early 90’s urban ambiance, including requisite Wu Tang graffiti tags, kung fu movies on the big screen, and banks of arcade games (including a few of my own favorites from my youth – I was incredibly tempted to start running through quarters). 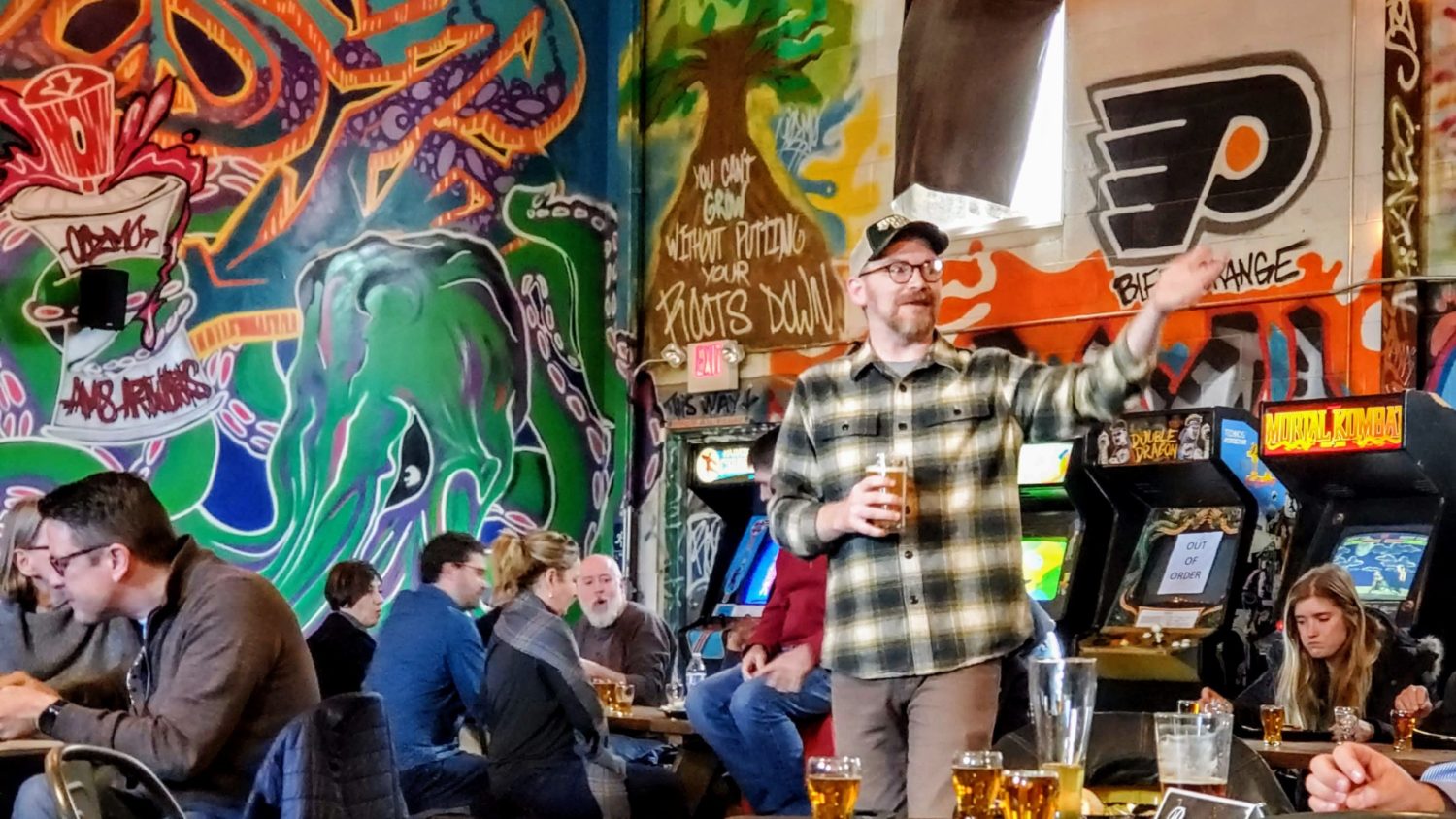 A little history about the building and beer and beer beer beer.

Needless to say, I’ll have to be coming back here for a proper flight and meal to review, but I’ll highlight a few of the beers we tried right now. 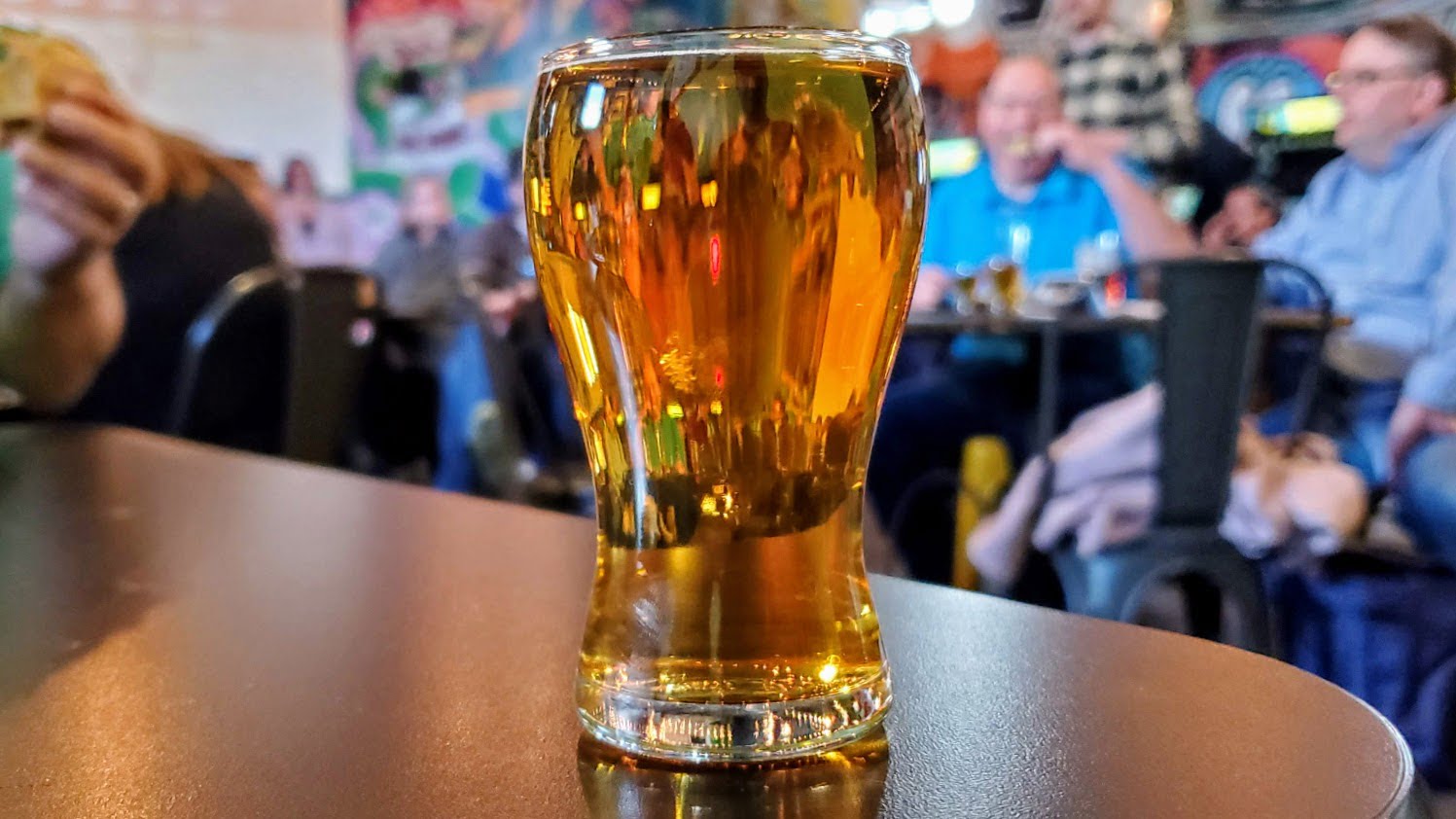 The first was a surprise to me, as I’m not usually such a big fan of a pilsner – but this is one I would actually order off a menu. A sparkling, clear golden body. No head, but they were also pouring samples for 40 other people and they weren’t straight from the tap. Floral aromas, light fruit scent with a full grainy malt and bitter flavor combo, balanced wonderfully, culminating in a nice, dry finish. Highly drinkable for most, the perfect compromise for a party where one group wants IPAs, but the rest want an easier lager or pilsner.

This one I knew I would like. I know this because they won a Gold Medal in the American IPA category at the Great American Beer Festival for this one just this past year. It has to be good to get that achievement. Almost seems like a waste of time to even review it. Just go drink some. It’s phenomenal. Yellow-Gold pour. Pine resin scent, nothing complicated. Medium mouthfeel. Piney, perhaps the slightest touch of grapefruit notes, but simple perfection. 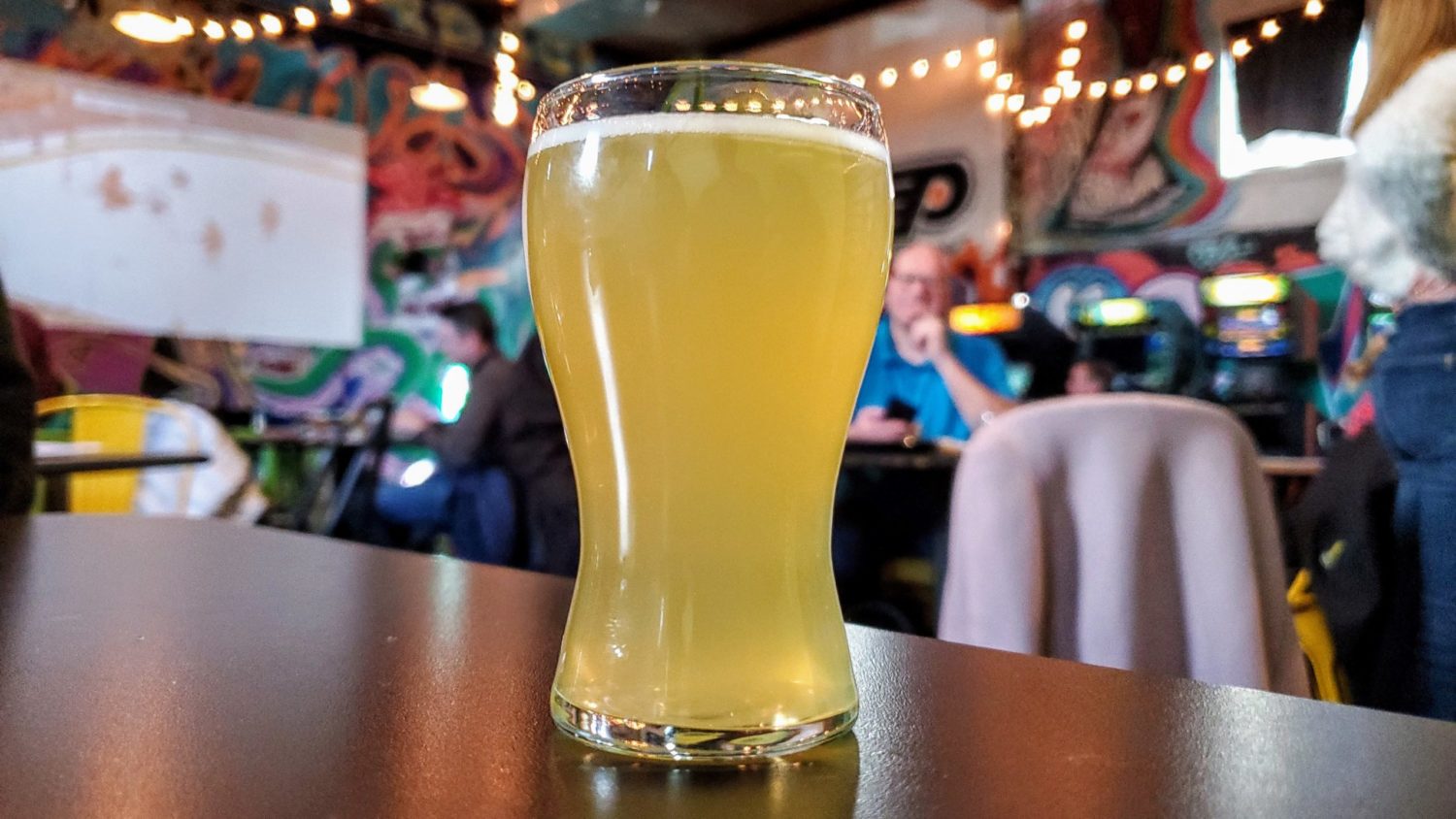 Another solid brew. Floral hops and resinous notes alongside honeydew melon and tangerine. Incredibly smooth drinking, with ample hop flavor. Pineapple, honeydew and tangerine flavors persist throughout, with a decidedly bitter finish. I’ll have another, please.

A big thank you to the Schuylkill River Greenways organization for getting this event together. You really should learn more about this organization – they are doing some great things in the area. I’ll be sure to follow up sometime soon with a bigger profile of this organization and what they have planned.

Please consider supporting the Schuylkill River Greenways and preserving a piece of natural history with a donation today.